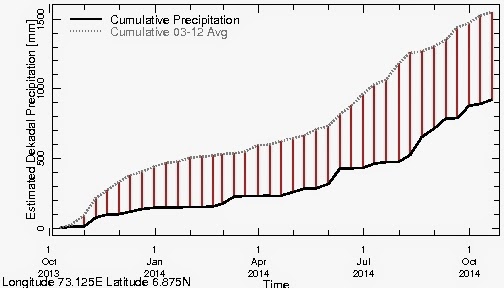 Image: Rainfall anomaly continues to grow in Northern islands of Maldives. The same is observed throughout the country