After a much wetter May than average, rainfall across Maldives has been drier than average for July and August. There still is a cumulative rainfall anomaly compared to the past 8 years’ average in Northern and Central islands in Maldives while in Southern islands it is close to average cumulative rainfall. Sea Surface Temperature around Maldives has remained in a climatological state during the past two weeks but In the larger Indian Ocean there is a negative dipole. 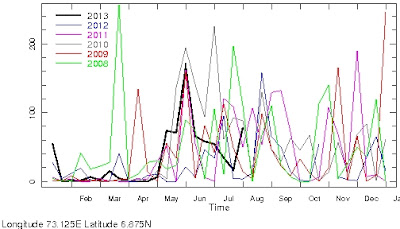 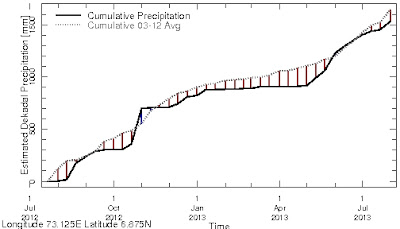