Above average rainfall was observed during the month of May in Central to Southern islands in Maldives. This rainfall condition diminished during the first two weeks of June. The drought in the Northern Islands persisted during the last month. The entire country shows a rainfall deficit during this year compared to what was observed during past eight years. Three is a 60% probability of El Nino conditions emerging starting from the Pacific Ocean in the next months. If it emerges then, greater tendency to drier than average is expected in the Northern and Central Islands until September. Models however are suggesting that rainfall from July to August shall be climatological while temperature shall be biased to warmer conditions In the Southern Islands and cooler than average in the Northern islands. 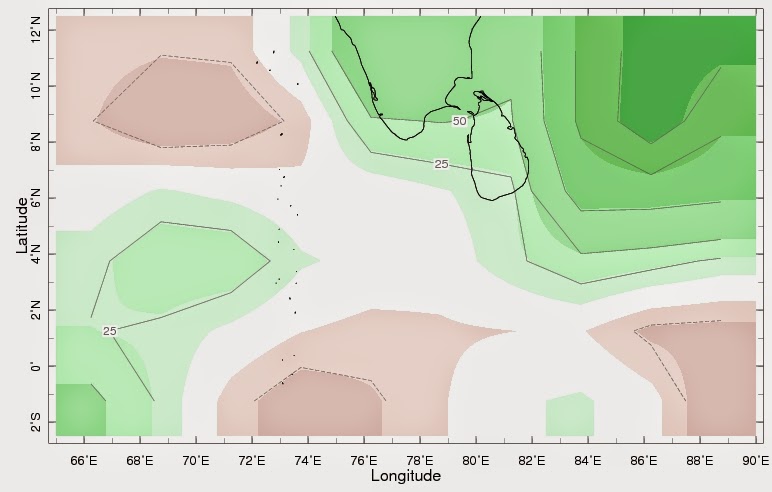 Dhidhoo, the capital of Haa Alif atoll is being flooded by ‘Udha’ swell waves coming in from the eroded southern side of the island, the island council has said today.
Deputy President of the council Jauhari Ali today said the waves are coming from three eroding areas, one of which is populated densely – with the nearest houses just seven feet from reach of these swells.