The cumulative rainfall of 20-40% deficit in in the past 365 days for Northern and Central Maldives highlights the drought conditions in the last two months, Southern Maldives too shows a deficit after having near normal rainfall in the previous 10 months. Although the El Nino/La Nina state in the Eastern tropical Pacific Ocean has been near-neutral the warm Central Indian Ocean sea surfaces are driving climate anomalies. In particular the seas around Northern and Southern are warmer than normally by up to 0.5 degrees C. Seasonal rainfall predictions for the next season (March-April-May) and following season (June-July-August) do not show shifts in rainfall tendencies, there is a higher likelihood of warmer temperatures across the Maldives. 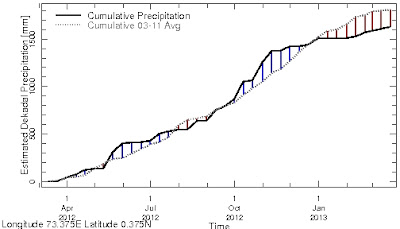 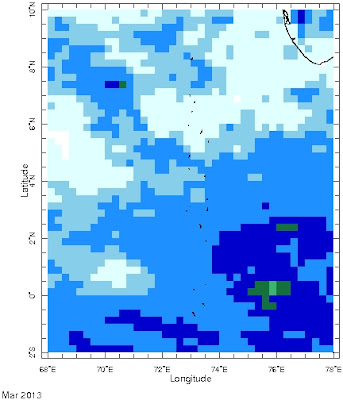