Southern Maldivian islands which were considerably wet in September and October received only a little rainfall in November. Northern and Central islands have a rainfall deficit if the last 365 days are considered even though these islands received significant rainfall during October. Heavy rains are forecast for the week of 16-21. The warm Indian Ocean continues to persist around Maldives and the implications include warmer than average temperatures. There is tendency to drier climate in the next three months in the Southern Islands. 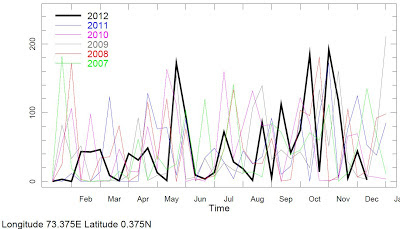 Image: Rainfall observed in Southern Maldives. A significant deficit in rainfall is evident in November 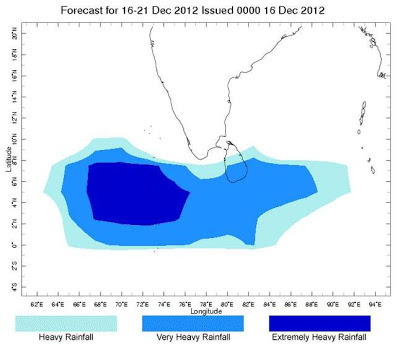