The Maldives is the extreme test case for climate change action

Like the azure ocean waters, the challenge of global warming is clear in the archipelago. But can the Intergovernmental Panel on Climate Change's new report crystallise action?

Seas immediately around Maldives do not show a surface temperature anomaly more than 0.5oC from the seasonal average. While the Rainfall during March over the Northern islands is the highest in the last five last five years, there has been an overall drought when the last six months are considered. Such a drought pattern prevailed in the 6 month period of over the Central islands as well. However, the southern Islands continued to have a wetter than average rainfall over the last season. The predictions from weekly to seasonal scales do not show much departures from climatology. 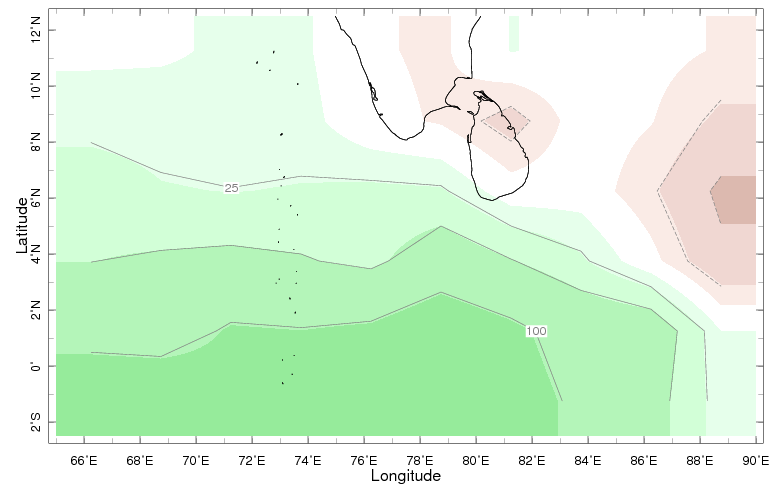